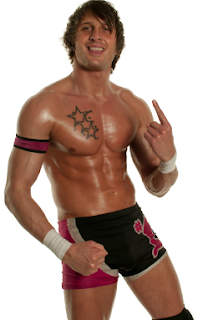 Now before I being this rant or what ever you would like to call it I must stress that I am not affiliated with any performer mentioned, any promotion mentioned and that no offense is intended by my passionate and somewhat crazy ramblings.

Right, so the first thing I would like to talk about here is imported professional wrestlers in British wrestling. I have no issues with these wrestlers what so ever, they are very talented individuals and they are entertaining to watch. My problem is that the British professional wrestling scene is not like it is in North America, South America and Japan, the British professional wrestling scene is pretty small time in comparison so it bothers me to think that our very talented workers busting their butts over here aren't getting the chances they should be getting because an established star from elsewhere is getting that spot.

When people talk about the old days of British wrestling they talk about Big Daddy, Giant Haystacks, Mick McManus etc and it 20 to 30 years from now I want to be telling my Grandchildren about Kristopher Travis, Martin Kirby, Grado, El Ligero, Sam Bailey etc but if British wrestling becomes flooded with the overseas wrestlers then I will not be able to do that because the British wrestlers won't get the chance to be immortalized in that way as the past UK guys have been.

In my personal opinion I think that the UK has a much larger talent pool than the US independent scene does but the only difference is their scene is wider televised and advertised so more people get the chance to see what they can do. They have maybe a handful of super talented workers but overall I think the UK scene has a far superior group of talent that needs to be seen, that needs to be advertized and that needs to be the focus of the shows. I know a lot of people disagree with what I have said on this subject and that is fair enough but I think that is mainly because they want to see these guys come over here because the promotions they work for do not travel outside of their own countries. In closing on this subject I will say that I want to see British wrestling big again solely because of the talent we have over here which is more than capable of doing so rather than overseas wrestlers taking credit for helping it, If you look at the best promotion in the UK, ICW they have made themselves as big as they have purely down to home grown talent so it does work.

The next topic I would like to discuss is the argument regarding wrestling vs sports entertainment. In my personal opinion professional wrestling and sports entertainment are the same thing, I know that when I watch professional wrestling I want to be entertained. If I wanted to watch wrestling in the purest sense of the word then I would watch amateur and Olympic wrestling not professional wrestling. The fact is WWE is the biggest promotion in history because it gave people what they wanted to see, those fans who say they watch wrestling to only see wrestling are a part of the minority because if pure wrestling is what people wanted to see then amateur would be huge and those fans would be watching that instead of pro wrestling. All of the biggest incidents in the history of pro wrestling have had nothing to do with what went on in the ring, the nWo, Roddy Piper & Jimmy Snuka, Marty Janetty through the window, the Austin vs McMahon angle and the CM Punk shoot angle. The highest rated professional wrestling TV show ever was the episode of Raw that featured Mankind doing The Rock "This Is Your Life", so if pure wrestling is indeed what mass audience of pro wrestling fans want to see then the small US independent promotions would become huge. I know what made me become a pro wrestling fan at the age of 5 or 6 was not grappling, it was seeing Sting with his bright coloured face paints, flashy ring gear and energetic personality. When I watch pro wrestling I see it as watching a movie or going to the theatre, it is more me entertainment and I fucking love it, I watch it for the drama, the comedy, the action, the athleticism and the storylines that suck me into buying what I am watching.

A well written and well worked storyline is what I want to see when I watch wrestling, I really do not guys being thrown together just for the hell of it especially when they act like they hate each other during the match, that is bad ring psychology. My favorite TV show of all time is Buffy The Vampire Slayer which incase you haven't guessed by the title is about Vampires along with other such creatures which of course is just a show but because of how is it written and presented to me I buy into what is happening and care about the characters, this is how pro wrestling is supposed to work. We all know it is a work (not fake, I hate using that word as it is an insult), it is all done for the entertainment of the audience and we as the audience are supposed to care what happens between these people, we are supposed to be pissed off when the bad guy wins and cheats then cheer when the good guy gets their revenge. Look at some of the biggest names in wrestling history, they were not good 'rasslers when you really think about it, Ric Flair, The Rock, Sting and of course perhaps the biggest name ever Hulk Hogan, none of these guys had loads of moves but they had the personality and the ring psychology to make you give a shit about what you were watching before they even did one single move. In my opinion sadly ring psychology and selling your character to an audience is dying in pro wrestling these days especially on the independent scene and is being replaced with these spot fest style matches which may be fun to watch but they do not make me care and do not draw me into the product I am watching.

Finally to close I would like to give a big shout out to a relatively unknown performer on the UK scene by the name of JG Nash, here is a guy that has worked hard on his gimmick, is it original? No probably not but he lives it and it is an extension of who he is in real life. Is he an amazing in ring talent? No probably not. Can he entertain the masses? Fuck yes he can.

Honest how this guy doesn't get bookings outside of the West Yorkshire based promotions I do not know, maybe its because of the bad reputation that some of the promotions have I do not know but I have been in attendance for many shows that this man has been a part of and I can tell you he has always had the crowd in the palm of his hand. For what he lacks in 'rasslin ability he makes up for in microphone skills and his general comedy wrestler performance. Out of all the guys working on the West Yorkshire scene right now if I had my own promotion outside of the county I would snap this guy up in a heartbeat to book on shows. He would make a guest ring announcer which is something he has the experience in doing, he would be very entertaining in any comedy match as he has always been and in my personal opinion he would make a great colour commentator which is something that I would love to hear him do.
You can follow this underrated wrestler on Twitter under the handle of @itsJGNash

I don't expect anybody to agree with what I have to say but all I wanted was a platform to say it on so thank you Stuart Rodgers for giving me the chance. If you are interested you can also follow me on Twitter under the name @Craig_Jarrett and also if you wouldn't mind checking out and sharing the following Youtube playlists that feature nothing but British wrestling then that would be great:
"British Wrestling Rules" and "British Wrestling Still Rules"

Thank you.
--
Craig Jarrett
Posted by WrestleFigsUK at 12:57