State of the WWE in Summer 2012 By Daniel 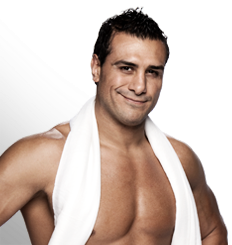 We have another new writer here at WLH, I'd like to welcome Daniel to the team. Left we have Alberto Del Rio who Daniel writes about below, I think ADR could be world title bound over the summer months but read on to see what Daniel thinks

He has been around for a long time and granted he was somewhat entertaining 12 years ago. However, now; I don’t like to use the phrase “sell-out”; but I have to. Big Show has changed from heel to face and back to heel more times than Triple-H has buried an up and coming star…Okay so maybe not quite that much but the fact remains; he is only there because of his loyalty to the company and because of the fact that he’s a ‘giant’. Quite frankly; I can’t sit through any of his promos or his matches because they are terrible and far too long. He’s just not interesting anymore, it’s not his fault. WWE’s two main weekly shows often feature Big Show, plus there’s at least one PPV each month which Big Show is also usually a part of. In actual fact not only is he a part, he’s a main part. He should really be used in a special attraction sort of way like Andre the Giant was. It’s too late for that now though. I was a fan of him in WCW and a fan of him in WWF up until around 2001. Even Vince McMahon said he’s not been relevant since the 90’s and I think it was a shoot if I’m honest.

It’s funny. Alberto Del Rio has a good look. He is fairly big, he has that beach muscle look that Vince likes and has good ring work. His mic skills however and charisma; are nonexistent. I’m not implying you need to have mic skills to be successful. Look at Goldberg, Lesnar and Benoit. But Del Rio is missing something. I’m not sure exactly what though. He needs to be more aggressive, generate more heat, attack the crowd more in promos etc. He has started doing this more now but he still lacks something. He doesn’t have to be Gold on the mic but just do and say simple things like criticizing the city they’re in and the fans for some cheap heat. It doesn’t help that he walks around with Rodriguez either. Don’t get me wrong, I like Rodriguez in the sort of way I like Zack Ryder. He’s a fun/joke gimmick which you need in a PG Show. But Alberto Del Rio, a guy who gets ‘Vicky Guererro – get the f-out heat’; more than heat for being a good heel; needs a good manager. That’s what is meant to happen. If you can’t talk you have a manager talk for you. The only reason guys like Goldberg and Benoit got away with it was because of their gimmicks. Benoit was in a group at first and he was a fantastic wrestler so people didn’t care. Goldberg had the streak and the powerhouse look etc. I’d have put A.W. with Del Rio instead of the Prime Time Players; but then again; there’s not exactly a great tag division in WWE at the minute, is there?

Alright, so, I’m the first person to tell you that Vicky Guererro sucks. There’s nothing impressive about the ability to scream ‘Excuse Me’ in an annoying voice. However, Swagger carries himself poorly and has worse mic skills than Alberto Del Rio. He has absolutely no charisma, horrible entrance music and has the same attire and moves as Kurt Angle. The least you can do is keep him with Vicky because, as much as I don’t like her, she can talk better than Swagger can and Swagger on his own, in my opinion, will just fail completely.

The ‘not so' Great Khali

He’s 7’3, 320 lbs and has worse wrestling ability than the 7’8 Giant Gonzalez. He will go down in history as being one of the worst World Champions ever. Where did the Khali that came in and fought Undertaker go? He wasn’t great by any stretch of the imagination but he was believable and had a manager. Now he just jobs and doesn’t talk. He is now the modern day ‘Fat Albert’ – massive man used as a jobber.

Speaking of Fat Albert…this guy went to Japan and made something of himself, good for him, doesn’t mean to say that he is WWE main event material. He gets no response from the crowd when he’s in the ring except from the odd ‘Albert’ chant. He was so bad that he got replaced in the feud with Cena by Big Show and even lost to Tyson Kidd. He has to change his look: get a mask or face paint, or different attire, change his entrance theme to something more upbeat.

So, he’s a part of the Wrestlemania 27 main event in the corner of WWE Champion at the time – The Miz; who is facing the face of the company – John Cena. He has an argument with The Miz at a later date and ended up defeating him. Fast forward a year and he’s being used as a jobber. Are you kidding me? Why does WWE have a tendency to push people to a point and then all of a sudden with no reason what so ever; let all the hard work go to waste and let them slide back down to where they started off…or worse?

In July 2011 everyone’s talking about this man and how great his character is and how much of an impact he is going to make. By the end of July 2012 everyone that isn’t already; will be talking about this man and how watered down he is and how much of an impact he could have made but didn’t because WWE dropped the ball with him. The AJ, Daniel Bryan, Punk angle is good; with Kane it was also good but will they end it well? I hope so, but I doubt it. Where will Punk go after this? Where will Bryan go? Where will AJ go? I’m curious to see if this is WWE picking back up from where it left off after Extreme Rules. With Money in the Bank and Summer Slam coming up as well as RAW’s 1000th Episode, The Rock is set to make an appearance as well as HBK, Brock Lesnar, Triple-H and more. Still though; had they not water down Punk so much maybe we wouldn’t have had 2 months of forgettable RAW’s and PPV’s not worth watching let alone buying.

WWE NEED a new creative team. WWE NEED to revamp the roster and freshen things up a bit. And for goodness sake WWE NEED to make CM Punk Ice-Cream Bars!
Posted by WrestleFigsUK at 14:06