Podcasts To Checkout By Stuart Rodgers 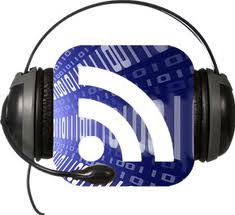 Wrestling podcasts play a big part of my spare time so I thought I'd share with you what I listen to and maybe you can give them a go.

Now, all will know the indies are my thing, I don't really listen to podcasts for Indy news as I cover that myself with Paul on The Indy Corner but I do listen to other podcasts that cover the mainstream stuff. From the US I listen to the Still Real To Us show which is presented by 'The Champ' Jeff Peck and WLH writer Trey ' Captain Obvious' Dent. The guys pretty much cover the 'big two' but are also up to speed with the indies too. Give these a guys a go, as I said, Trey writes for WLH and Jeff has always been a big supporter of us, you never know, maybe one day I'll be back on there as a guest host as I have in the past. Look for the guys on facebook by searching for the Still Real To Us show and the same on iTunes or you can look on the right hand site of this very site and click on the SRTU banner for previous episodes.

In the UK, the best show by far covering the WWE & TNA is Inside The Ropes, based in Glasgow, Scotland the hosts Kenny & Robert are very smart to the WWF/E and have been watching from a young age and this all goes towards a very informative podcast. The guys often have guests on from the world of wrestling and this current episode that is up now has numerous interview snippets from various personalities that were part of the WWF/E's RAW program which as you all know celebrates 1000 episodes this week. Oh and of you're available on Thursday nights you can listen to the show LIVE at 22:00 GMT, details on their faceboook page which you can find by searching for The Inside Network. Follow them on twitter @Inside_theropes

And finally, sticking with another UK podcast that covers WWE/TNA  how can I fail to mention the former home of The Indy Corner, the Marks For Xcellence podcast with my former co-host Duckman who is joined by Sir Ian Trumps. These guys while very knowledgable make the show very entertaining with their light-hearted look at the wacky world of pro wrestling. Look for them on facebook & iTunes and follow them on twitter @mfxpodcast

Another wrestling podcast I enjoy listening to is the MLW Radio Show which always features former WCW star Konnan who of course is still a massive name in Mexico and some times features former MLW booker & WWE creative writer Court Bauer. Again, MLW Radio on iTunes.

And checkout The Don Tony & Kevin Castle Show that is available on iTunes and their show airs live at 23:15 Eastern time in the US this is 04:15 am here in the UK but I'm not sure how this will change due to RAW going 3 hours, check out the site where you can listen to the show live and join the chat room over at http://wrestling-news.com

I've told you all the good ones I think are out there, not mentioning what I consider the poor ones, one because who am I to say that (any of you who have heard me on podcasts or radio shows will concur) and two, I'd be here all day.
Posted by WrestleFigsUK at 03:44