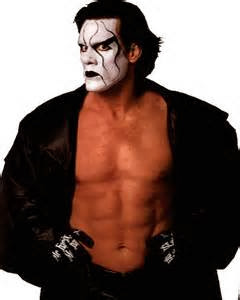 Ever since 2008 when WWE announced its change in content to become more of a PG and family oriented show there has been an uproar of negativity directed towards the company from the "fans" that once loved WWE's blood, sex and vulgarity of it's Attitude era. Many people have said that WWE becoming a PG rated product is directly to blame for the promotion becoming stale and that is also to blame for the decline in professional wrestling being labeled "cool" and "hip". In my opinion the decline of professional wrestling being as over as what it was during the big boom period of the mid to late 1990's is because all mainstream wrestling has these is WWE, yes I know TNA exists but they are hardly competition for WWE they actually provide less competition for WWE than ECW did.

People are bored of seeing the same thing week after week and lets be honest up until recently it didn't look like WWE were even trying to entertain people, they had just been churning out the same old crap time after time. Of late however WWE are pushing more and more younger talents that they have signed from the US independent circuit and put through their NXT brand program and now suddenly the internet wrestling community loves WWE again, but hang on it's still PG isn't it!? So then clearly this must mean that the issues with WWE aren't that the product became PG but are instead that the WWE writing and creative staff had become stale and had ran out of ideas. The reason why the big boom of professional wrestling ended was because WWE became the sole promotion with no competition from WCW anymore, buying WCW and putting them out of business was the worse thing to happen to professional wrestling in its history in my opinion. If WCW hadn't of gone under and instead Eric Bischoff and his team of backers had purchased the company from Time Warner back in 2001 then I really do believe that the whole mainstream professional wrestling scene today would be a completely different story. In closing I would say that PG wrestling doesn't suck and never did suck, look back on old WWE and WCW footage to see that some of the most amazing moments happened during PG era's, the problem was no competition leading to lazy writing.

Next I would like to discuss one of my all time favorite wrestlers and the reason why I became a wrestling fan more than 20 years ago, the WCW franchise player, the icon Sting. When I was a little kid I first became drawn into the whacky world of professional wrestling when I saw a colourful and energetic performer that would have entire crowds in the palms of his hands and he blew me away, I instantly became a wrestling fan and for that I thank Sting. There is no doubt in my mind that this guy is a legend of professional wrestling, he is one of the biggest names to ever step foot in a TNA ring and he is also one of the main names that spring to mind when you think about WCW but is his time in the squared circle drawing to a close? Should he hang up his boots? Should he part ways with TNA and go to have his WWE moment before retiring? Does he deserve to be in the WWE hall of fame? He is the only big name in professional wrestling left that has never been to WWE, he stayed loyal to WCW all the way to the very end and has been apart of TNA on and off for the past 10 years now. He has been world champion countless times and in 1996 to 1997 he was involved in what is perhaps the best angle I have ever seen between himself and the nWo which actually saw a wrestling promotion take their time with a feud, they kept Sting and Hogan apart for over a year before putting them in a match together, this is something I wish was done more often today instead of rushing things. In recent years he has been a key part in giving TNA some star power recognition to draw more attention to the company which sadly through no fault of his own (and no fault of the other big names TNA have had) hasn't exactly paid off well but despite that he has held multiple TNA world titles and is currently the only inductee in to the TNA hall of fame, but is it now time for this legend to step away from the ring for good?

In my opinion Sting is a performer that deserves that one big match in the WWE spotlight because as big as he is in some circles he is not a household name like he should be, a few year ago the internet wrestling community was a buzz at the possibility of Sting vs Undertaker at Wrestlemania, sadly this was not the case as Sting went on to resign with TNA and win their world title belt. I personally hope that one day he will make that decision to part ways with TNA to get his big one time payoff match with WWE and then hopefully WWE will then induct this man into the hall of fame. Yes I know Sting isn't a WWE legend but he is a WCW legend and seen as how WWE own WCW that is enough for him to be inducted into the hall of fame. Despite his lack of form in recent years and the reports that he may only be in TNA for a paycheck rather than the love of wrestling I would like to thank Sting because if I had not of seen him way back in my youth I may not be here today writing this.

To end up I would like to wish everybody a great Christmas whether you are religious or not and I would like to say a special thank you to Stuart Rodgers for giving me this opportunity to share my thoughts and feeling.
Posted by WrestleFigsUK at 09:51