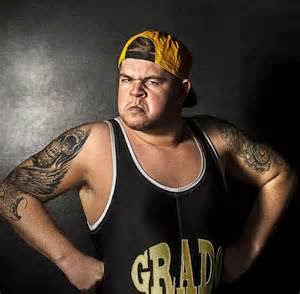 I think its safe to say that 2013 has been a really great year for British wrestling and its fans with our scene attracting bigger attendances, more people wanting to attend wrestling schools and learn the craft along with the attraction the UK scene has gotten overseas with a bucket load of imports having successful tours of our promotions and wanting to return for more. We have seen former WWE and TNA wrestlers, US indy talents and a Japanese legend make their mark on the British scene in a year that I think has brought a large number of fans back into the scene. We have also seen a rise in promotions up and down Britain, some good and some bad of course but even so this has given more counties and regions a chance to get out and support their own local promotions and see some wrestling action up close.

The question I know so many British wrestling fans have been asking and have been seeking the answer to is when will British wrestling finally get itself back onto our TV screens. Now I know ICW and UKW have had their own shows on a Sky TV channel a while back but that was a channel that was only available to Sky customers and that nobody really watches and now we also have the British wrestling round up on Challenge but this is really just not good enough as far as I am concerned. We have a market for wrestling in the UK there is no doubt about that, WWE is big here, TNA is bigger here than it is in the US and every British independent promotion I go to or have seen on DVD's and Youtube always manage to get a great attendance. We need jus one channel out there that gets decent viewing figures to wake up and realize that British wrestling is on the rise and will continue to rise fast, I personally would rather see WrestleTalk TV dropped to be replaced by an hour long up to date wrestling show featuring the most recent matches that aren't just a UK guy versus a TNA guy, recent promos, recent DVD/Blu-Ray trailers and also fun stuff from the Science Fiction Studios guys.

I think 2014 is going to be the year that finally makes British wrestling or maybe that is just wishful thinking, I know my comments may be biased due to the fact I am such a huge British wrestling fanatic but I cannot for the life of me see why in one year from now we won't have our scene back on TV where it belongs. The whole country deserves to see what we have to offer, the whole country deserves to be apart of something special like the re-birth of British wrestling, like I have already mentioned in one of my earlier articles when I am older I want to talk to my kids about when I watched British wrestling to see the likes of Kristopher Travis, El Ligero, Martin Kirby, Grado, Noam Dar, Robbie X etc just like my parents and elders talked to me about the likes of Giant Haystacks, Big Daddy, Kendo Nagasaki, Les Kellett and so on.

Now what in 2014 could be the overriding factor that propels wrestling back onto our TV screens? One wrestler? One event? One promotion? Who knows, I really don't know what it will be that will make TV bosses finally wake up and smell the money that could be made from putting the UK scene back where it belongs but I for one am going to help in any way I can to get this to happen before December 2014. I think 2014 is shaping up to be one hell of an amazing year that will top 2013 which is saying a lot, I think the big promotions will continue to get better and better, I think the smaller promotions will continue to grow and grow, I think we will see a lot more talent breakthrough to put themselves up in the ranks of the guys I mentioned earlier and overall I think 2014 will be the year that we all look back on as being THE year that changed it all for British wrestling.
Posted by WrestleFigsUK at 10:59