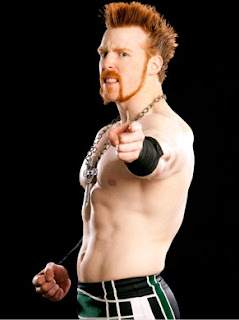 So I watched the Royal Rumble match from about number 5 onwards, I was excited to an extent to see who would show up in the match, didn't think a surprise entrant would win but just wanted to see who turned up. The guys not on the WWE roster who appeared were Hacksaw Jim Duggan, Road Dog Jesse James, not really the impact of Kevin Nash & Booker T from last year but it's WWE and more often than not, they disappoint.

As for returns, we had The Great Khali, Randy Orton which wasn't so surprising but what was..the return of KHARMA. Not seen for a while as she announced live on RAW some time ago she was pregnant. Kharma eliminated Michael Cole at 31:25 and Hunico at 31:55, but Dolph Ziggler eliminated Kharma from behind at 32:02.

So, The Miz & Cody Rhodes spent the most time in the match, and on the downside, all 3 commentators took part in the Rumble, yes, Lawler, Booker T and even Michael Cole. It was funny if nothing else seeing Cole in there.

I would think Sheamus will go on to challenge Daniel Bryan for the WWE title at Wrestle Mania, but you never know I guess. So the road to Wrestle Mania really starts now, there is the Elimination Chamber PPV on the way so we will all be wondering, predicting what the WM card will be - For me, who will CM Punk face is the top of my list, I'm hoping for Stone Cold Steve Austin but it's probably going to be Chris Jericho.

Hit me up on twitter @WLHSTU
Posted by WrestleFigsUK at 19:53