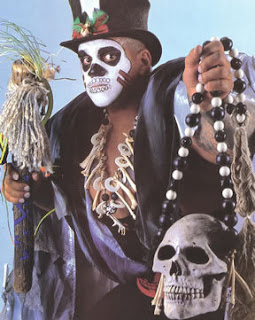 Professional Wrestling has always been a predominantly Caucasian athlete's sport. That may be a bit blunt, but it's true. It's been a lot of Black Professional Wrestlers throughout history, but how many have actually succeeded? An okay amount, but not enough.

I'll start by showing what the usual Black Wrestler is given to work with. Followed by the few who broke the status quo, and were able to blaze trails and put a positive light on our race in this amazing sport.

In no way am I discrediting these guys. I'm well aware most of them are some of the most talented wrestlers of all time, and were never given a major title run to show for it. While some of them are/got over and took themselves a step forward, they took the rest of us back 2 steps. The only name that actually made it to World Champion status on that list is Mark Henry, and it took him 15 years.

It seems like nowadays, if you want to see great Black Professional Wrestlers, mainstream is not the place anymore.

Any comments, hit me up on twitter @TheyCallHimKid
Posted by WrestleFigsUK at 12:35