Why a ECW Invasion, and not a ROH invasion? By Sean Walford

Before I begin I do realize from this day and time, it looks like its just a one off ECW PPV, but I have a strong feeling the ECW guys are going to be sticking around in TNA for a while. Anyway back to my point.
WWE currently have their Nexus invasion, and once it had started days later rumours came out that TNA would follow with the same sort of thing, instead using the ECW guys. Once we starred to see it come alive, Raven, Tommy Dreamer, Stevie Richards and Rhino all at ringside, it really frustrated me. 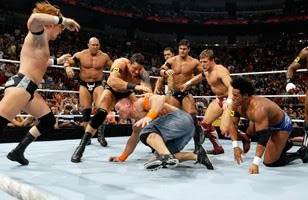 TNA only listens to a minor percent of its fans, of course you are going to get fans saying they liked a particular product, when the only fucking survey you take was one in the area the promotion originally ran. I’m personally sick of old guys, no offense to them and I appreciate all they have brought to the business, but they just can't work in ring with the young guys, and should stick to behind the scene work, or being managers/valets. TNA at the moment has a very big roster but about 45% - 50% is old guys, and let's face it, most of them are on the last proper run. 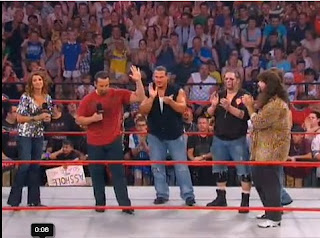 A ROH invasion would work well, especially as most of the old guys have not got long left before they go into retirement, and TNA will start looking for. With the invasion, TNA would be able to see some potential future stars (from ROH) and who works well with who. They also have the flexibility to have TNA guys go to ROH, such as Samoa Joe. 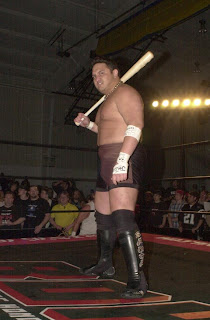 It's not like they can't afford ROH guys, I'm pretty sure ROH guys are cheaper to hire than ECW guys. However TNA are frightened of losing even more viewers, if that's possible. Furthermore there would be great publicity for both TNA & ROH. There are many other options you could go with this including bringing in some CZW guys to help TNA, seeing as CZW invaded ROH a few years ago, it would be complicated but something we have not see before. But that's TNA for you, they just don't think through anything before they do it.