What is Happening With CM Punk? 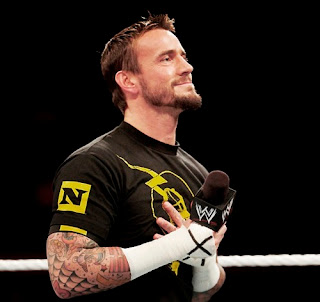 At the moment this is quite a big story. Punk is apparently leaving the WWE in July after his current contract expires.
Punk went a good amount of time losing on TV etc. and this was probably because his contract was up for renewal and Punk wasn't signing a new one. However, recently he has been on a winning streak including winning against Rey Mysterio on this past weekends PPV Capitol Punishment and the following night on RAW he beat Mysterio and much touted Summer Slam main event star Alberto Del Rio in a number one contenders match. This match with WWE champion John Cena is set to take place on July 17th at the second annual WWE Money in The Bank PPV. After the recent RAW victory Punk actually did an in-ring promo saying that that night of the PPV is the last night of his contract and he is going win the WWE title and leave the company.
What interests this writer and maybe many other fans is what exactly is happening with CM Punk? I believe if Punk was leaving he wouldn't be getting a push let alone a PPV main event against the company's biggest name for the WWE title. Situations like this usually see the worker on the way out get jobbed out but the total opposite is happening to Punk. Now, does this mean Punk is staying and like pretty much everything in pro wrestling, this current angle is a work or is it WWE offering him the proverbial olive branch to get him to stay on in the company? Recently I have heard discussed that Punk could be leaving but only to take some time off with the intention of returning at a later date so this push could be for that very reason.
Now, the story is obviously setting the wrestling world buzzing on the Internet on exactly what will happen with Punk if he does leave WWE and doesn't take an extended leave of absence. The two places Punk
could go of course are IMPACT Wrestling and ROH. The thought of Punk going to IW is, despite it possibly being a lighter schedule, rather un-realistic in my opinion. Punk has been in the former TNA before but to no surprise, not used to his full potential.
We all know and some will recall that Punk was in ROH before signing with the WWE and he held the world title. ROH under it's former ownership wouldn't of dreamt of being able to lure someone like Punk back to the promotion but now they have been purchased by the Sinclair Broadcasting group, ROH now have the financial means to employ this type of wrestler who has been on big bucks up north in the WWE.

For me, I'd love Punk to go back to ROH but I just can't see it myself. The next month will be interesting to say the least

Email ThisBlogThis!Share to TwitterShare to FacebookShare to Pinterest
Labels: WWE CM Punk Money in The Bank