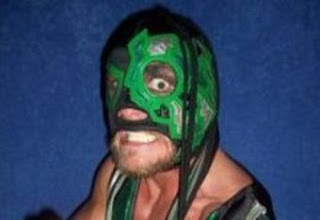 ROH have once again change their booker. The guy to take the book this time is wrestler Delirious (Hunter Johnston) who also runs ROH's wrestling school.

I have been an avid follower of ROH since it's inception in 2002 under the leadership of Rob Feinstein & Gabe Sapolsky. Due to various indiscresions, Feinstein left ROH and the company was taken over by Cary Silkin and Sapolsky was the booker for the promotion. Before and after Feinstein left, the promotion was a very good wrestling orientated product. In October 2008, Sapolsky was released from ROH for reasons I am unsure about. The man to take the book then was wrestler Adam Pearce with some help from Jim Cornette. The ROH product, although still very good and by far the best in North America wasn't the same and it was noticable Sapolsky wasn't booking the product.

On August 15th 2010, ROH took the book off Pearce and handed it to Delirious. People may question what credentials does Delirious have to be the booker of ROH? Well, he is head trainer of the ROH wrestling school and he has been promoting shows under the banner of of 'Pro Wrestling Respect' the first show being January 24th 2010. People may still question weather Delirious is qualified to book the promotion but all we can do is wait and see. Cary Silkin obviously thought once again the promotion needed to go in a different direction and he is the one who pays the bills so who are we to say he is wrong to give Delirious a chance? I hope, as a big fan of ROH that it works out well for the parties involved.

Leave a comment below if you need to about this article.
Posted by WrestleFigsUK at 10:26