Lashley vs. Batista - Likely to Happen? By Shaun Nichols 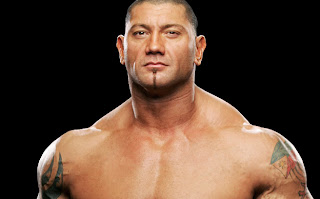 When Bobby Lashley lost to Chad Griggs when he wasn't able to come out for the third round at the recent Strikeforce event which was shown on Showtime it was considered to be a major upset. What it could also point to is a possibly intriguing battle of former WWE Champions. The defeat for Lashley which saw him having to spend his Saturday evening in a Houston hospital may indicate that he's not necessarily as far in his MMA progression as he may have previously thought. He had stated on a number of occasions that he felt he could be a part of the title picture by the end of the year.
This defeat and the way the commentators were calling the action, they were basically saying he is too one dimensional in his attack and wouldn't be a success because he's not aggresive enough which suggest that Bobby is in reality some way short. On the other hand he remains a major name in what is in reality a fairly shallow talent pool when it comes to major MMA names. Fedor who is obviously Strikeforce's main name and widely considered to be the best MMA fighter in the last decade may have lost some of his shine when he was surprisingly defeated in his last fight. Though at least he appears to be hanging around for a while, Jake Shields as made the move to UFC, Dan Henderson lost on his debut for Strikeforce after leaving UFC and the charasmatic and thus potentially a draw for the company King Mo lost the 205 pound title to Rafael Feijao on the same card as Lashley's loss. 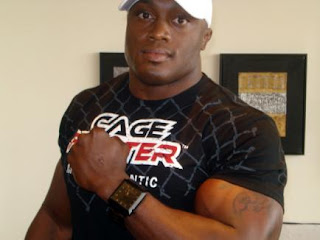 In short any plans that Strikeforce may have had going forward with their stars seem to be falling around them. Since Batista left the WWE he has made noises about fighting for Strikeforce and is training in MMA currently could be interesting addition for the company. When he left the WWE he was surprisingly negative about the WWE's PG direction and gave no indication that he would be returning to McMahonland anytime soon when most fans expected him to return probably by next years Royal Rumble or Wrestlemania at the latest. It may simply be that Batista is using Strikeforce as a way to keep his name out there in the public domain as his acting ambitions seem to be going nowhere fast. Is he genuine about MMA fighting? And if so who could he possibly fight? If he signed a deal with Strikeforce and they booked him against a journey man fighter it may have the curiousity factor but nothing more, if he was to fight an established MMA fighter he would be destroyed and hence why would he risk it? The answer could be Dave Batista vs. Bobby Lashley fight.
Lashley recently in interviews has said that he would fight Batista but that any fight between the two would need to happen sooner rather than later as he planned his assault into title contention. Now after his loss, Lashley may feel that he doesn't have that many options going forward and a fight with Batista would be an easy main event pitch for Strikeforce. The timing also couldn't be better, if MMA fans would act snobby over Strikeforce promoting Lashley-Batista then its hard to picture how they can tolerate the frankly ridiculous fight btween MMA legend Randy Couture and Boxing veteran James Toney at the upcoming UFC 118 event in Boston. UFC fans also don't need to be reminded that in the case of Brock Lesnar it's clear that pro wrestlers can be tremendous draws in MMA circles, even if it's because most of their fans want to see the wrestler get his ass kicked. Batista will attract more attention for Strikeforce than anybody they ever had and the fact that Lashley lost in Houston may just give Batista enough confidence that if he is serious about fighting that he could not just be competitive but he may even have chance to win. Lashley could use it as a springboard to prove that what happened in Houston was just a minor blip in his MMA career. As for Strikeforce if they could pull it off they would easily have their biggest event as far as ratings and media coverage goes probably bigger than Scott Coker could ever have imagined.
Posted by WrestleFigsUK at 16:12