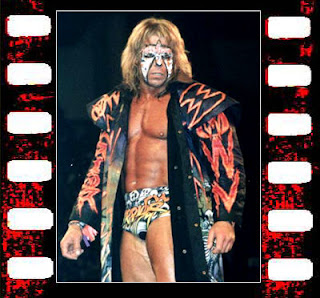 Hello. It’s been awhile. No surprise there. Nothing unusual about me disappearing from the internet for long periods of time. What can I tell you…I have this fortunate, old-fashion habit in my life of always finding something better, healthier and more inspiring to do than be on the computer and internet.

The routine around here at the Warrior household is still the same: wonderfully boring and absolutely awesome. Thinking positively that it is the same for you in your life, too.

Well, after months of silly speculation and rumor-mongering regarding an appearance by me at this year’s Hall of Fame, and with WM being this weekend, I suppose I should say something about it all. Actually, after first seeing how my decision to decline was reported, I had initially decided it wasn’t worth wasting time to say anything. Always the rumors. The silliness. The lies. The bullshit. Simply telling the truth is a high spot the bottom-feeders of internet wrestling news always find too tough to pull off.

However, over the last couple of weeks I have received thousands of feverish emails from those of you who are absolutely convinced that my silence is absolute evidence that I will be making a surprise appearance at the Hall of Fame ceremony. So, I thought I should let you know the truth: I am not. I will NOT be at Wrestlemania in any capacity.

I did decline induction. Yes, I declined.

I did not “back out” of anything. There was never anything to “back out” of. I never agreed to appear at the Hall of Fame to begin with. The rumor that I did is a lie; an easy one that fits the kooky, fictional groundwork the liars have been laying down for years. It sounded good, made me look bad, so they added it on.

The issue of money never came up, either. I’m not even sure they pay inductees. I don’t think they do. I could be wrong. Don’t know. Don’t care. I never considered asking for any and it was never brought up in any of the discussions I had. Discussions, mind you, I had only with Vince, nobody else.

It’s funny, all these years the worn-out claim has been, “For Warrior, it’s always about the money, his greed.” I wish someone would have smartened me about that before I chose to sacrifice 10 or more years where I could have very easily continued to make millions of dollars. Making choices in your life based on your principles will make you wealthy, I’ll be honest about that, but it has little to do with greed or money. Again, the element of greed sounded evilly good and kept up the image that I am a selfish scoundrel only concerned about myself, so the parasites threw it in.

What happened? Let me tell you.

Back in April of 2009 I saw Vince in Stamford when we disposed him for the litigation. We spoke in private for 15 minutes and he said things then and in his deposition, under oath, that surprised me and even the attorneys on BOTH sides. If Vince had only picked up the phone 14 years ago and said the same simple things, we would not have lost the 14 years — and the history between us today would reflect a much different story.

When the lawsuit was being settled, amidst the beginning buzz of who Vince would choose to be inductees at the Hall of Fame, I told myself that when he called I was going to ask and offer to meet with him in person. I, too, had some things I wanted to say after all these years of fighting with one another. Beginning with the fact that my relationship and experiences with him over the last 24 years, working with him in the WWF and even the fighting we have done for so long, has always provoked more inspiration within me than anger. I thought the best way to tell Vince this, and for us to potentially find a way to make a Hall of Fame appearance happen for the fans, was to meet with him face to face, sit across from one another, man to man. So, when he called, I was set to offer.

Vince called me on December 23rd and left a voicemail saying, among other things, “let’s get you in the Hall of Fame where you belong.” After the holidays I returned his call, left a voicemail telling him to call me again when he found time. When we finally connected, I told him I would rather meet with him in person than talk over the phone. He said that would be great. He said he would find time on his calendar and call me back to set it up. When he called back a couple of weeks later he didn’t even mention finding a time scheduled to meet, and throughout the remainder of the conversation, further decided not to find one. So, given only the option to say either yes or no, my answer was quick and clear, I declined Vince’s invitation to headline this year’s HOF event.

I believe my decision is simple to understand.

Although Vince and I decided to settle the litigation over the production of the Self-Destruction DVD, the DVD is still what it is: a defamatory, negative, inaccurate portrayal of my professional sports entertainment career and my personal character while working in the WWF. Settlement may have changed the terms of the discussion, but not the original intent or content of the DVD. Vince himself titled the DVD. He gave the authority to produce the DVD just as it is. I can’t forget this.

Neither can I overlook the obvious fact that Vince personally inviting me to be the headliner inductee to his Hall of Fame means either the DVD or his Hall of Fame is a joke. One is not credible. It’s inarguable.

If the DVD is a joke, then I think its reasonable that all the Ultimate Warrior fans and I be told that, and something serious and substantial be done to correct the record BEFORE I ever agree to be part of the Hall of Fame, not after. Tell the true story. Obligate yourself to tell the real story and honor the Ultimate Warrior legacy as it deserves.

If the Hall of Fame is a joke, my sense of humor has been tested enough, I think. And the fans who attend the Hall of Fame ceremony, believing it is legitimate and something to be revered, are being duped. I’m not interested in participating in a “work” to mislead the fans anymore than they already were by the production of the Self-Destruction DVD.

Frankly, I don’t understand how you get from the production of the Self-Destruction DVD to an invitation to your Hall of Fame. The DVD is, essentially, a story telling that you regret ever having anything to do with the Ultimate Warrior persona and me, that both were worthless and neither ever contributed anything of value to your company, and, for all you care, they can both rot in hell.

Doesn’t a Hall of Fame have something to do with worthiness and honor?

How do you get from one to the other? Help me understand. Many Ultimate Warrior WWF fans want to understand, too.

I thought it was reasonable to ask Vince to explain it. Still do. Always will. That’s it. Pretty simple.

Your Founding Father of Life Success beyond a Hall of Fame sports entertainment career,

Warrior
Posted by WrestleFigsUK at 11:36