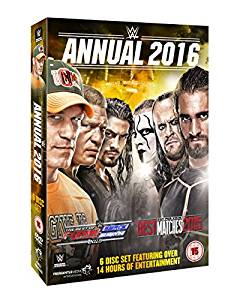 Out November 7th from www.WWEDVD.co.uk and I'll be back next week with the Randy Orton: RKO Outta Nowhere DVD review, which you can also pre-order here.
Posted by WrestleFigsUK at 11:40