Doing Business On The Way Out 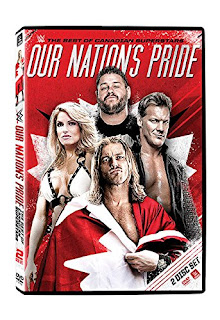 Everyone remembers what happened in Montreal at the Survivor Series in 1997, Bret Hart was leaving for WCW but he still was WWF champion. He was of course booked to face Shawn Michaels that night and between the 2 of them and Vince McMahon they couldn't come up with finish that suited all parties. By the time the match began, Bret was under the illusion that a finish had been agreed, there would be run-in's that would cause a schmozz (DQ) and Bret would then drop the title to Michaels/someone else the next night or whenever. Of course, McMahon had other ideas, he thought 'business' should be done and Bret should drop the belt when he says (that night in Montreal) and so, the 'screwjob' was undertaken, Michaels left with the belt, McMahon stayed at ringside while Bret smashed the place up after spitting in his eye and we had a whole new era in the WWF while Bret went off to WCW and a huge payday.

Now, this little column is not me bringing up the 'Montreal Screwjob' again (although it is a topic I like to discuss) it's to do with what I put as a title, doing business on the way out. So if you're leaving a 'territory' the right thing to do is pass the torch on the way out, just like McMahon wanted Bret to do. So,I am sitting at home skipping through the new DVD release of WWE Our Nation's Pride: The Best Canadian Superstars and it features a match with Trish Stratus who is leaving the WWE, the match with women's champion Lita that night at Unforgiven 2006 will be her last in the company so instead of 'putting Lita over' and making her look strong as she'll be still there while Trish will be gone, they booked it so that Trish wins the title even though she's leaving. For me, reeks of double standards.

Some might say the issue with Bret is different, WCW was around at the time, McMahon was worried that Bret might turn up on WCW TV with the WWF world title and it was and the title win for Trish was a thank you and a moment for her and the fans as it was in her home town on Toronto but I'm sorry, for me, it has no bearing on the situation, double standards, McMahon all over.

The DVD, which of course is pictured above, features a good 20 matches over 2 discs and they are supposed to represent the 20 best matches featuring Canadian wrestlers,what do you guys think of the list which is below?

Nothing before 2005, not sure if the critera for the voting, which was done by the 'fans' was for stuff in the 2000's but there are some glaring ommissions for me, notably the 1997 submission match from Wrestle Mania between probably the most iconic wrestler to come out of Canada, Bret 'Hitman' Hart (who's only appearence on the DVD was announcing Zayn for his match with Cena) against 'Stone Cold' Steve Austin (watch it in FULL HERE)

I am sure you guys can think of many of your own that would make the list, hit me up on twitter with your choices and thoughts overall with what I have written.