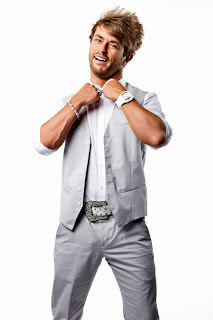 I am back after a brief hiatus, for those that don’t already know my wife gave birth to a beautiful baby girl on January 21st so I have been a bit busy for a while with nappies and bottles and sleepless nights … oh my! So what does this have to do with wrestling? Absolutely NOTHING! I am just very proud that have now made 2 beautiful babies!

Knowing that the Clara was going to arrive at some point I didn’t commit to any shows during January so with the exception of the TNA show at the Birmingham NIA I have not been to any live wrestling in 2014 so far! That being said I have an awful lot booked for the next few months that will surely make up for it, including long overdue trips to Southside and PCW which I am genuinely excited about as well as a little trip to London for when ICW invade!

On the subject of the TNA show, which by the way was amazing, it was great to see a lot of people from the British wrestling scene at the event, I was able to have a chat with a few people I know as well as meet some people in person for the first time, and especially nice to hear that people have actually read what I have written! I got to catch up briefly with Alex Shane who I haven’t seen for about a year – along with the likes of Spud and Jonny Storm, Alex was a key factor in my getting into British wrestling. Also in terms of the wrestling itself Spud is absolutely amazing and especially with it being a homecoming for him his performance was brilliant, also Eric Young had a great night too, he comes across to me as an Indy wrestler trapped in the career of a Pro! The only downside of the night was a really poorly booked 6 Knockouts tag match which featured Alpha Female but didn’t give her an opportunity to get over.

At this point I would love to say “On to business …” but as much as I would like to really focus my column onto a specific topic I seem far more at home with unfocused waffle.

Somebody who is the opposite of the above statement is one Mr Harvey Dale, if you haven’t been reading his weekly column you really should! Harvey Dale is somebody that I personally admire for the work he does as a performer, his love and knowledge of the business as well as his column. I look forward to his new column each week and he always brings up some good points and his take on things is always honest and interesting.

In this weeks episode of “The Golden Truth” (which can be found here http://www.theindycorner.com/columns/the-golden-truth-with-harvey-dale-episode-5-friday-7th-feb-2014/ ) he covers something that I have given a lot of thought to too – and no it’s not the “Shit Wrestler Exposed” stuff although I have to admit that it did keep me amused for quite some time, Stixx and RJ Singh worked it really well! He compares wrestlers and entertainers. This is something I have had many conversations about. Some guys are where they are purely on their talent as wrestlers and deservedly so and their talent is entertainment in itself, but then there are guys like Grado and Manson who are pure entertainment, but clearly can wrestle otherwise it would be pointless.

The lines are really blurred on this though because the list of guys who are top of their game as wrestlers are also great entertainers - Ligero, Kirby, Travis, Cruz, Dar all fall into this category along with many others. These guys can clown around with the best of the entertainers then go ahead and put on 5 star matches with the best wrestlers, Kirby and Travis, especially when they are teaming up as Project Ego are two of the most fun guys I have had the privilege of watching, but they have also had some of the best wrestling matches I have ever seen too. Cruz has a far more serious character for the most part but he is incredibly entertaining and captivating, if you haven’t seen the work he did in NGW in the first half of 2013 I highly recommend you look into it.

Some guys are really funny and entertaining and often put this over ahead of their in ring ability, Sebastian Radclaw would be my example here, such an amusing character and you really buy in to it but then it turns out he is a really good wrestler!

Then there are guys with all the talent in the world but for whatever reason their character lets them down, whether it is just nervousness or them not being creative or eccentric in that way I suppose the reasons may vary. Shelton Benjamin being a prime example of this, in the ring he is one of my favourite wrestlers of all time, but he was never very good when it came to promos.

Wrestler and Entertainer combinations also put over talent very well and help people who are less confident or capable on the microphone still get over – Sabre Jnr and Scurll are probably the best example of this as the LDRS, Scurll provided the mouth piece for the team as well as being a great wrestler in his own right whereas Sabre Jnr comes off as a quieter character and lets his ring work speak for him.
I am watching more and more wrestling all the time lately and one guy that has really impressed me in a way I didn’t expect is Kid Fite. Having seen him in the ring a few times it is safe to say that he is a very accomplished wrestler with a lot of talent, only recently I’ve discovered how entertaining he is too. Check out his recent ICW promos set in his wrestling school and you will see what I mean.

It is possible to have any combination or the “Wrestler” and the “Entertainer” I think the simple truth is that you need to stick to it and find a way to work with it. I appreciate quality wrestling and love to see the 5 star matches but it is, after all, entertainment so I guess the guys I like the most or look forward to the most are the ones who give the best of both worlds.

The shocking conclusion to this column is something that I didn’t expect to be writing when I started to think about this a couple of days ago. I have become a fan of someone new over the weekend, somebody that I had seen a little bit from in the past and was definitively indifferent about and though no more of it, however having watched quite a lot of wrestling on YouTube today, predominantly from PCW and possibly since I had these thoughts about wrestler/entertainer on my mind he really stood out. In terms of wrestling ability he is good in the ring, his promo work is very good and he plays his character incredibly well, taking every opportunity to get himself over and to ENTERTAIN people at all times. He is definitely somebody that you hate to love, and love to hate probably all at the same time! Today I can say I became a fan of Dave Rayne … hashtag BOOM! I know he won’t be new to a lot of people but like I said I have only really seen a lot of him today for the first time and was honestly impressed and most importantly entertained!

As I always say this is just my opinion, feel free to disagree, feel free to add me on Twitter and let me know that you disagree, or maybe you totally agree with me and want to send me some love. I don’t mind. This is simply the way I see it!