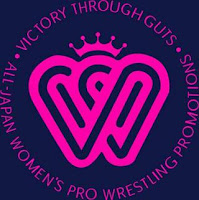 This was the first Japanese wrestling card to win the Wrestling Observer Card of the Year award although Japanese cards actually went on a fantastic roll winning every year from 1992 to 1996. With Dreamslam I following in 1993, the Super J Cup events winning in 1994 and 1996, and the never to be seen again multi promotion Weekly Pro Wrestling event snatching the honours in 1995.

What is pretty surprising is that any Japanese show would actually win Card of the Year, it's not that both WWF and WCW were consistently producing dreadful shows in 1992. We had Ric Flair winning arguably the greatest Rumble in history, WCW's Superbrawl II had a great undercard including Brian Pillman defeating Jushin Liger but ended with an underwhelming title change when Sting beat a clearly disinterested Lex Luger.

Both Wrestle War and Beach Blast had excellent moments, with the War Games between Sting's Squadron beating the Dangerous Alliance especially enjoyable and was picked as the USA's best match but shockingly only 7th overall. Beach Blast featured a very well booked 30 minute Ironman match between Rick Rude and Ricky Steamboat, and a wild title match between Sting and Cactus Jack.

Not forgetting that 1992 was also the year that SummerSlam came to town with the decidedly average card which for reasons beyond me saw Ric Flair not actually wrestle, Shawn Michaels take on Rick Martel in a match where they promised not punch one another in the face. Oh yes and also Bret Hart and Davey put on a classic in the main event to somewhat salvage the show.

So what earned the gloriously titled Wrestling Marinepiad top billing? It featured a mere six matches and to be honest the first two hardly set the world on fire.

Opening proceeding were Yumiko Hotta, Suzuka Minami & Mima Shimoda defeating youngsters Kauro Ito, Tomoko Watanabe & Miori Kamiya. As you would expect from the opener this was a fun and very fast paced affair, it was probably too fast because they were getting occasionally getting out of position. It was also clear that the younger team were not just experienced enough to keep their end of the deal and therefore it wasn't a surprise when they finally lost. Yumiko and Suzuka were the stars of the match. Interestingly a few years later, Shimoda along with Etsuko Mita had a fantastic feud against Ito & Watanabe which included a number of **** matches and arguably the greatest women's cage match ever. Opener was probably about **1/2

A change of pace next as the terrifying Bat Yoshinga faced Akemi Torisu in a six round shootboxing contest, there was plenty of effort being given it's just that there wasn't a lot of technique been shown. Lot's of big wild punches being thrown and often missing. Torisu was pretty much one dimensional in her offence and stuck to punching, Bat had the better of it but didn't bother learning to defend. In the end Bat won by decision, by the nature of the match it's pretty difficult to rate.

We then had the first title match of the evening for the AJ Tag Titles as Debbie Malenko & Sakie Hasegawa defended against Takako Inoue and Mariko Yoshida. What it's sometimes difficult to remember is just how inexperienced they all were, especially Takako who most people remember forming a tag team with Kyoko Inoue a couple of years later and how great that team was in 1995 and 1996 in particular. Anyway the challengers were attempting to get the titles back after losing to Malenko & Hasegawa at the start of the year. This was a really entertaining affair and all four of them worked incredibly hard but Yoshida & Malenko were probably the stars. Takako and Mariko regained the titles in a match probably rated about ***1/2.

To steal the show we have the IWA World Women's Title match between Kyoko Inoue and Manami Toyota. Incredibly considering that 1992 saw the legendary feud between Toyota and Toshiyo Yamada which led to Yamada losing her hair. It was this match that rated highest in Match of the Year balloting finishing an excellent third place. This was just packed with big moves, superb highspots and wrestled at literally 100 miles per hour. Normally this could be a negative but they just work so well together that it's actually a positive. You could argue that Manami's selling let's her down and while it's on the level of Akira Hokuto it's not bad. Both her and Kyoko were on the rise at this point and were still seen to be on a level below Hokuto, Nakano and Aja Kong. The last five or so minutes are insane as Manami does a tope, a plancha and a super quebrada in consecutive moves which puts Akira Tozawa's consecutive running dives somewhat in the shade. Toyota also gets the win and the title with the Japanese Ocean Cyclone suplex. Great match ****1/2

Next was the All Pacific Title, defended here by Bison Kimura against Toshiyo Yamada. This was put in a pretty bad spot as it had to follow the great Inoue-Toyota match but before the Nakano-Kong main event. Bison wrestles a pretty stiff style and isn't as flexible in her style as Yamada is. So we got a very stiff style with lots of really hard kicks and chops that just make you pleased that your not the one taking them. The crowd wasn't as loud as you would think even for the finish but I think that's mainly down to the fact they couldn't follow the Manami Toyota match. Still very enjoyable though ***1/2

Main event time for the WWWA World Title, and it's a battle of the monsters as Bull Nakano defends against Aja Kong. This match had been built up for a quite a while and most fans expected that they would see a title change. Lots of stiff strike and kicks as you'd expect but with the occasional big highspot thrown in. Aja did a plancha while Bull did the always impressive rolling guillotine legdrop and a couple of moonsaults. They also did double juice which is pretty rare in All Japan Women, as blood was something rarely employed although everyone remembers Akira Hokuto being covered in blood against Shinobu Kandori at Dreamslam I. This was a very good example of setting up the match and using very good psychology to build up to the conclusion. To a somewhat surprise it was Bull that was the winner after hitting Aja with a moonsault. Although Aja would get her revenge later in the year at Dream Rush. Excellent main event ****1/2

As a big Joshi fan in the 1990's I would say that this was a very strong event but there were a lot of excellent AJW and JWP events throughout the early and mid 1990's. Should it have been the 1992 Card of the Year? I would say it is definitely worthy of consideration but not a lock to win.

If you are interested in watching other quality Joshi shows, I would recommend the following shows all from 1992, it really was a great year to be a AJW fan.