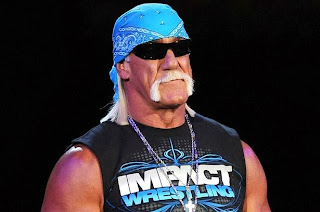 TNA only now offer 4 PPV events are year, with that in mind you would think that TNA would consider these shows to be very important with strong storylines leading to their fans wanting to pay good money to see the conclusion play out on PPV.

Bound for Glory is TNA's biggest event of the year, and other the last few years have seen the company running a BFG Series to determine the challenger for their world title. This year was no different and with very little surprise AJ Styles was the victor and will go on to challenge Bully Ray for the gold.

Since winning the BFG Series, AJ Styles has had very little interaction with Bully Ray on TV and if you weren't paying that much attention to the product then you'd be hard pressed to realise that he will be facing Bully Ray for the title in a storyline that has taken 12 months to get to. What you will have seen is Impact's final segment over the last few weeks ending with interviews from Dixie Carter, AJ Styles and Hulk Hogan with each one frankly being more ridiculous than the last one.

Let's have a look at each of the closing segments of the last few weeks and highlight where TNA is doing a fabulous job of shooting themselves in the foot.

Week 1
This was confrontation between Carter and Styles. Styles stated that he was working without a contract (he isn't as he's got a short term contract until the end of the year), that Dixie had destroyed the chemistry of what made TNA great. That she didn't understand how to treat the stars and mentioned Jerry Lynn, Petey Williams, Jay Lethal, Alex Shelley and Low-Ki left because of it. That she wasted money on wrestlers who treated TNA like being on a paid vacation (probably RVD & Booker T). None of the guys he mentioned would make a difference to TNA and Jerry Lynn has retired.

Dixie responded by saying that she was sorry she had ever given him the impression that he was important to TNA, she said he was average and not as good as he used to be. If it wasn't for her and her family than he would be living in a trailer park. That AJ Styles did not build this house and that he should be thankful that she ever allowed him to play in it. Dixie really did come across as a very poor imitation of Stephanie McMahon.

So after watching this, you have to wonder why AJ Styles is trying to win the TNA World title when he feels the company has been destroyed and he doesn't have a contract to stop him leaving. Meanwhile Dixie is pointing out that the challenger in the main event of the biggest TNA show of the year, isn't very good and he was never 'phenomenal' and although he was never great to start with he's worse today then he was years ago.

Week 2
This saw firstly a Hogan promo where he was trying to get fans to show AJ that they wanted him to stay with the company. It wasn't the greatest reaction immediately but Hogan stuck with it by practically begging the fans to cheer for Styles. Styles did come out to a nice pop, Hulk said he'd fix things later on.

Later turned out to be our main event segment, things started well when Hogan gave Styles a new contract to sign and said he believed in him. Enter Dixie Carter, who immediately gushed out brilliant Hulk was and how much of a difference he had made to TNA. I know Hulk has complete control of his angles but it's quite a stretch to take that comment seriously.

Dixie then ripped up the contract, Styles said that was the biggest mistake that she had ever made. She responded by telling him to get out of the ring, and just like a child being told off by their parents off he went never to be seen again. She then complained how hard her life was and how nobody understood just how difficult it was making all those hard decisions and the fans should respect her. She now knew what she had to do to help TNA and she wanted Hulk to join Team Dixie.

This week really gave no reason for anyone to rally behind AJ Styles, he was basically treated as someone who should be quiet when the 'important' people are talking. Dixie's promo clearly shows that she thinks Styles is not any kind of asset to the company, while Hogan in his 60's and someone who will never wrestle again is essential to the success of TNA.

Week 3
Another bad week for AJ, though he did manage to cut a promo stating he would take the title from Bully Ray. Dixie then went to have security throw him out but Styles chose to leave voluntarily because he didn't want to breathe the same air as she did. This AJ is really someone who'll stick up for himself.

This left Dixie to concentrate on the really important issue of Hulk Hogan, Hogan by all accounts has left TNA although this could easily be a swerve and he ends up playing a key role at the PPV.

Dixie wanted to know if Hogan was going to join Team Dixie, Hulk said he'd always wanted to be a part of a power couple and teased he would agree. Finally though he told her he was quitting, Dixie thoroughly dejected immediately fell to her knees and grabbed his legs and begged him not to leave.

You have to hand it to Hulk, he really does understand that if you can choose to put yourself over then why even consider trying to help any other wrestlers or the company. As the show ended it was clear that the only person who could be considered a winner was Hulk who left with his integrity intact, Dixie and TNA looked like bunch of sorry losers.

TNA will probably wonder why the Bound for Glory show will not do well, but they should understand that having Dixie come across as a low rent Stephanie, Hogan be the only star on the show and they are telling you he's gone that your not going to do well. Finally having AJ as a weak lead babyface who hates the owner but doesn't have the guts to find something better is a recipe for disaster.
Posted by WrestleFigsUK at 04:44